Rosemary Conley CBE is one of the UK’s most successful diet and fitness experts with 50 years’ experience in helping people to lose weight and get fitter. 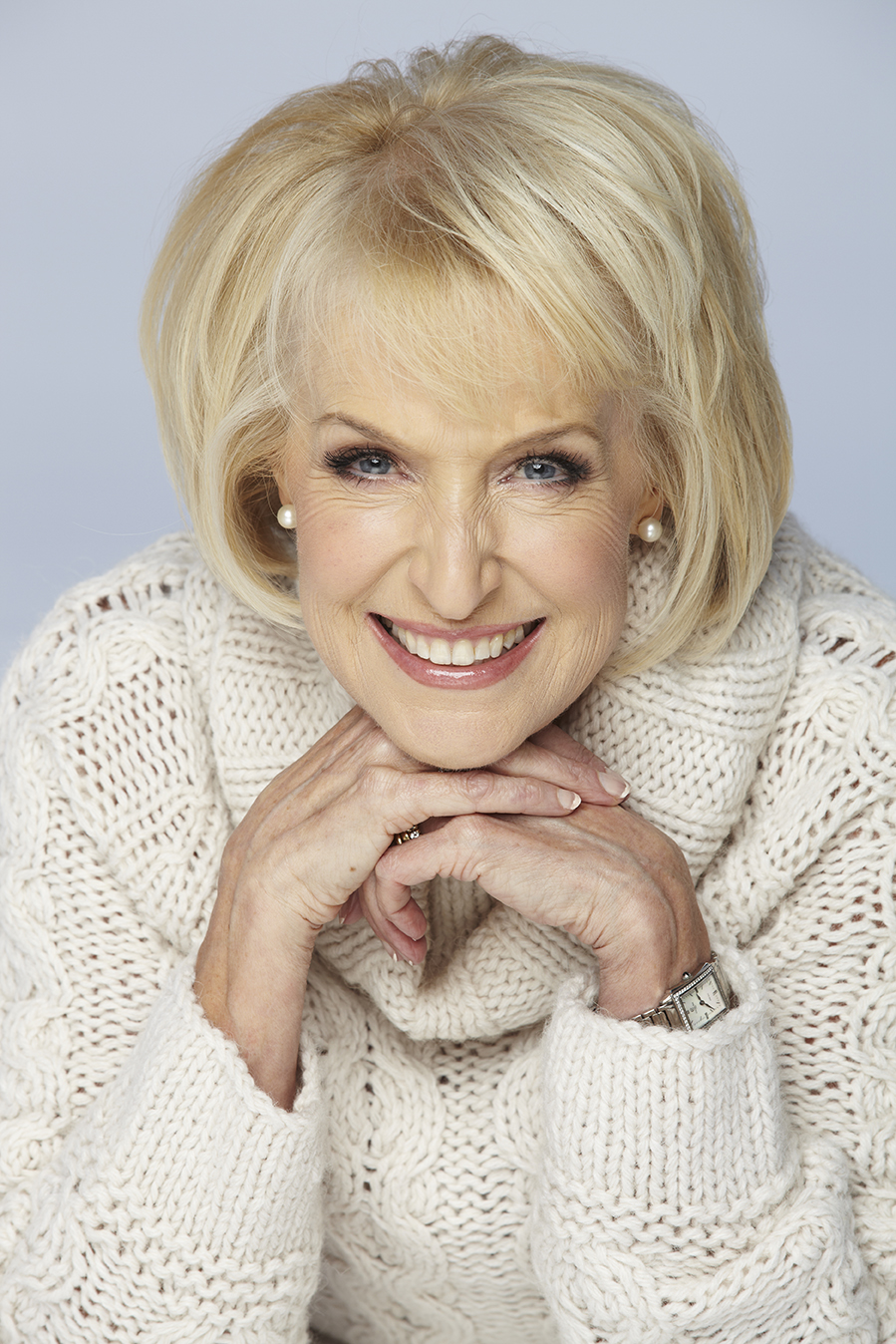 Rosemary has lived in Leicestershire all her life and left school at 15. When she was 21 she married Phil Conley and they had a daughter, Dawn. After training as a secretary and working as a Tupperware dealer she started her own Slimming and Good Grooming (SAGG) business in 1972 with an investment of £8 and ran classes across the city and county. Ten years later she sold the classes to IPC Magazines, continuing to run the business for them as Managing Director until 1985 when she went freelance again. Rosemary has continued to run her own local classes throughout her career to the present day, with many members having attended for over 40 years. In 1982 Rosemary’s first marriage ended and in 1986 she married Mike Rimmington.

In 1986 Rosemary suffered a problem with her gall bladder and on medical advice she started to eat a low-fat diet. This new regime transformed her body shape – Particularly her hips and thighs – in a way she had never been able to achieve with previous diets. Rosemary put her experiences down on paper creating the low-fat Hip and Thigh Diet, which was published in 1988 and captured the attention of the nation. This book and its sequel, Rosemary Conley’s Complete Hip and Thigh Diet, have sold more than two million copies worldwide. A TV series on BBC1 soon followed, along with more best-selling books and chart-topping fitness videos. Total combined sales of her books and fitness DVDs now approach 9 million.

In 1993, Rosemary and Mike launched Rosemary Conley Diet & Fitness Clubs to give additional help, support and motivation to people in the community who were following her diet and fitness programmes. The national network of clubs was a franchise operation which, at its peak, had 160 professionally qualified exercise teachers running 2,000 weekly classes across the UK for over 70,000 members. The company went on to win many awards from the British franchise Association, including the coveted BFA Franchisor of the Year Award in 2002 and 2005.

Rosemary Conley Diet & Fitness Magazine was launched in 1996. This award-winning publication had more than half a million readers at its peak. Branded food ranges, kitchen gadgets and fitness equipment followed and enjoyed great success.

From 1996 to 2000 Rosemary was a consultant to Marks & Spencer and helped them to develop their healthy, low fat, calorie-controlled food range.

Over the years Rosemary has written 36 books, many of which were best sellers, presented 30 fitness DVDs/videos and has presented over 400 cookery programmes on television as well as presenting her own series on both BBC1 and ITV in addition to appearing weekly with Richard and Judy on ITV’s This Morning from 1993 – 2000.

Rosemary has been called upon to address a committee of the House of Commons and has spoken at events at the House of Lords, the National Obesity Forum, the Association for the Study of Obesity and for the Fitness Industry Association and has had a paper published in the International Journal of Obesity.

In January 2012 Rosemary appeared on ITV’s Dancing on Ice. She skated with International Skating Professional Mark Hanretty and reached week 6 of the competition, resulting in her holding the record for being the oldest celebrity (aged 65 at the time) to last the longest in the history of the show.

In 2014, following a downturn in the economy and a decline in the printed media market, Rosemary Conley Diet & Fitness Magazine closed and the franchised Clubs operation came to an end. Many of the classes continued to operate independently while Rosemary remained involved with the online weight loss club Rosemary Conley Online, which ultimately became part of Digital Wellbeing Ltd. She finally stepped down as Chairman and resigned from the Board of Digital Wellbeing Ltd at the end of 2019 and the online club became getslim.co.uk. This enabled Rosemary to re-focuss her attention on her new passion for helping the older generation to live longer and be healthier and fitter.

In 2018 Rosemary had become the UK distributor for Facial-Flex®, an anti-ageing facial toning product she had personally used and sold through her previous businesses for nearly 20 years. She set up a new company, Facial Toning Solutions Ltd, to sell the device directly to the public through www.facialflex.co.uk, Amazon and Ebay.

Since 2019 Rosemary has been Editor-in-Chief of Life & Style magazine, an in-house publication produced by FirstPort for the 100,000 residents of their many residential retirement complexes across the UK.

In 2020 during the pandemic, Rosemary joined forces with her friend and colleague, renowned fitness expert Mary Morris MSc. Mary had choreographed most of her fitness videos/DVDs and together they wrote The 28-Day Immunity Plan. Published by Penguin, the paperback version was released in January 2021.

Also in 2021, Rosemary launched her new website RosemaryConley.com designed to help the over 60s live longer, healthier, happier lives. With scores of videos giving free advice and motivation, visitors to the site can workout with Rosemary, learn how to eat healthily, boost their immunity, dress for their figure shape and apply makeup, plus much more. The site also features advice from specialists and health professionals on various age-related health issues.

Rosemary is a committed Christian and is often called upon to give her testimony at events around the country. She also supports numerous charities. In 2008 she became President of Young Enterprise Leicestershire but is most actively involved as Patron of Steps Conductive Education Centre. Steps, based in the East Midlands, is a centre of excellence dedicated to helping and developing children with cerebral palsy, Down syndrome and other motor disorders with the aim of maximising their full potential during their early formative years.

Honours
In 1999 Rosemary was appointed a Deputy Lieutenant of Leicestershire. In 2001 she was given the Freedom of the City of Leicester, the first woman ever to be given this honour. In 2004 Rosemary was awarded a CBE in the Queen’s New Year Honours ‘For services to the fitness and diet industries.’