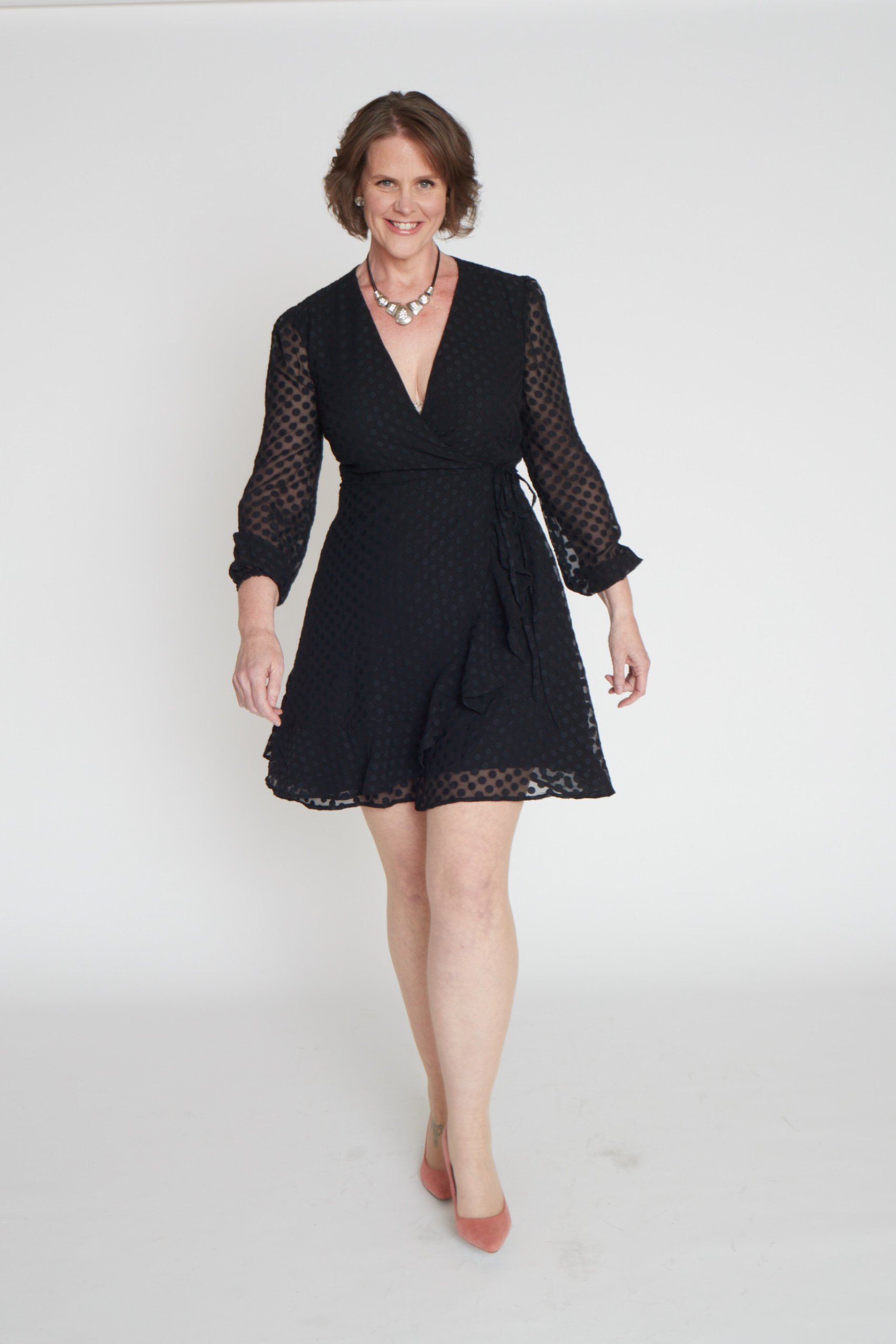 Our 2018 Slimmer of the Year, Stephanie Mears overcame years of yo-yo dieting to finally transform her approach to food – and her figure! Stephanie went from a dress size 24 to size 10/12!

For Stephanie Mears, sensible, healthy eating is now a way of life – and that’s not something she ever thought she’d be able to say. “I used to think about food all the time,” Stephanie admits. “When I could next eat, what I could have.  It was a very deceitful life too; I was always hiding food then bingeing when I was on my own.” Now, over two-and-a-half years after joining Rosemary Online, Stephanie has not only lost an amazing 8st 9lb, but she has also completely changed her attitude to food.


"It was as though I was only living half a life"
“I can honestly say it’s changed my life!” Stephanie smiles. Stephanie has always struggled with her weight. “It’s been up and down, up and down my whole life,” she explains. She first tried to lose weight in her early 20s; she succeeded, but put it all straight back on again. While she was never teased or bullied about her size, she thought about it constantly. “I hated the way I looked,” Stephanie admits. “I hated the effect being big had on my health and fitness too. I was happy in every other aspect of my life apart from this one thing! It just seemed mad as it was something I could actually change.” Stephanie also felt that her size held her back from fully embracing life. “It was as though I was only living half a life,” she explains. “I shied away from social situations and stopped doing things I enjoyed. For instance, I loved theme parks and roller coasters but stopped going because I was so worried I wouldn’t be able to do up the harness.” Over the years, Stephanie fell into a pattern of deciding to lose weight, sticking to a diet, reaching her goal, then promptly returning to her old eating habits. Inevitably, the weight always returned. “I would commit to a diet 100 per cent,” she remembers, “lose the weight, then think ‘I’ve done it’ and go straight back to eating as I’d always done. Within a few months or a year, the weight would all go back on.”

“I found it worked really well for me.”
In April 2016 she was chatting to a friend at work, when the subject of her weight came up. “I was saying that I needed to do something,” she explains, “but I just didn’t know what to do. Nothing had worked for me.” Her friend suggested she take a look at Rosemary Online. “I liked the sound of it,” Stephanie says. “The philosophy of a healthy lifestyle, not a temporary diet.” So Stephanie took her friend’s advice and signed up. “I found it worked really well for me. I was never one for going to a class and standing up to be weighed in front of everyone. I liked the fact that I could go online whenever I wanted to. And the regime was brilliant for me – being told what to eat and when and having everything spelled out for me. It felt really easy to follow.” The recipe collection also proved popular with Stephanie and her husband – she still uses them for their dinners now. She also found the advice and support from the personal coaches helpful too. “There was a period when my weight-loss slowed down so I chatted to one of the coaches online. She gave me some advice and suggestions that I hadn’t thought of; that week I lost three pounds after following her advice.” Seeing her body change helped spur Stephanie on for the most part, but she admits there were times when sticking to her new healthy lifestyle felt tough. Fortunately, she had the support of her husband to help her through these periods. “He was a rock,” Stephanie smiles. “He cheered me on, and although he’s never had a weight problem, he did a brilliant job of being understanding and supporting me.” For Stephanie, food was the key consideration in her weight loss. “Exercise isn’t a big focus for me. I do walk a lot, but it was all about the food. I was never a big drinker either; I was just eating way too much and eating all the wrong things. I’m much more knowledgeable about food now.”

“I wasn’t hungry or obsessing about food the way I used to”
When Stephanie reached her target weight, she was concerned that she might slip back into her old habits. “But I wasn’t hungry or obsessing about food the way I used to. I used to feel like I had a devil on my shoulder always urging me to eat things. Now my attitude is do I want it, am I hungry? No, so I don’t have it. “My whole attitude to food has changed – I never thought that could happen. I’ve become the type of person I used to look up to and think ‘I wish I could be like that with food!’ Rather than thinking about what I could eat next all the time, now I see food as fuel for my body, and I eat the right size portions. I don’t overeat when I go out now either. Before, I would always see a meal out as an opportunity to have three courses whether I wanted them or not. My approach to food is the biggest change in me after the way I look.” The emphasis on a healthy yet sustainable lifestyle was a major factor in Stephanie’s transformation. “You can maintain a normal life following Rosemary Online. You can go out with friends and have a drink, get a sandwich from a shop when you’re on the go. You can lead a normal life but it helps you to make sensible choices, and learn to have everything in moderation. After a while it becomes natural. “I was aware my old eating patterns weren’t helping with my weight, but I don’t know why I let myself get that big. I was stuck in a vicious circle of constantly thinking about food.”

“I feel like there’s nothing I can’t do now.”
After losing over eight-and-a-half stone, Stephanie is over the moon with her new figure and the confidence being slimmer has brought her. “There are so many good things about being slim! I love the way I look, the compliments I get. I feel like a different person. I feel happy, so happy – and proud of myself. I’m embracing life more. People comment on how much more confident I am. I feel like there’s nothing I can’t do now. “I went to Disneyland Paris when I’d lost eight stone. I loved it and went on all the rides! I had loads of energy when I was walking around everywhere, and didn’t feel self-conscious the whole time, like I was beingI wasn’t hungry or obsessing about food the way I used toove the fact that I can buy clothes because they look good and I like them, rather than just because they are the only things that fit. The staff Christmas party is coming up and this year, I’m really looking forward to shopping for a dress. “I live a much fuller life now,” Stephanie says. “I embrace any social occasion and feel so happy going out with my husband.” And with the remarkable transformation of her figure, health and mindset, Stephanie should certainly feel proud of all she’s achieved.