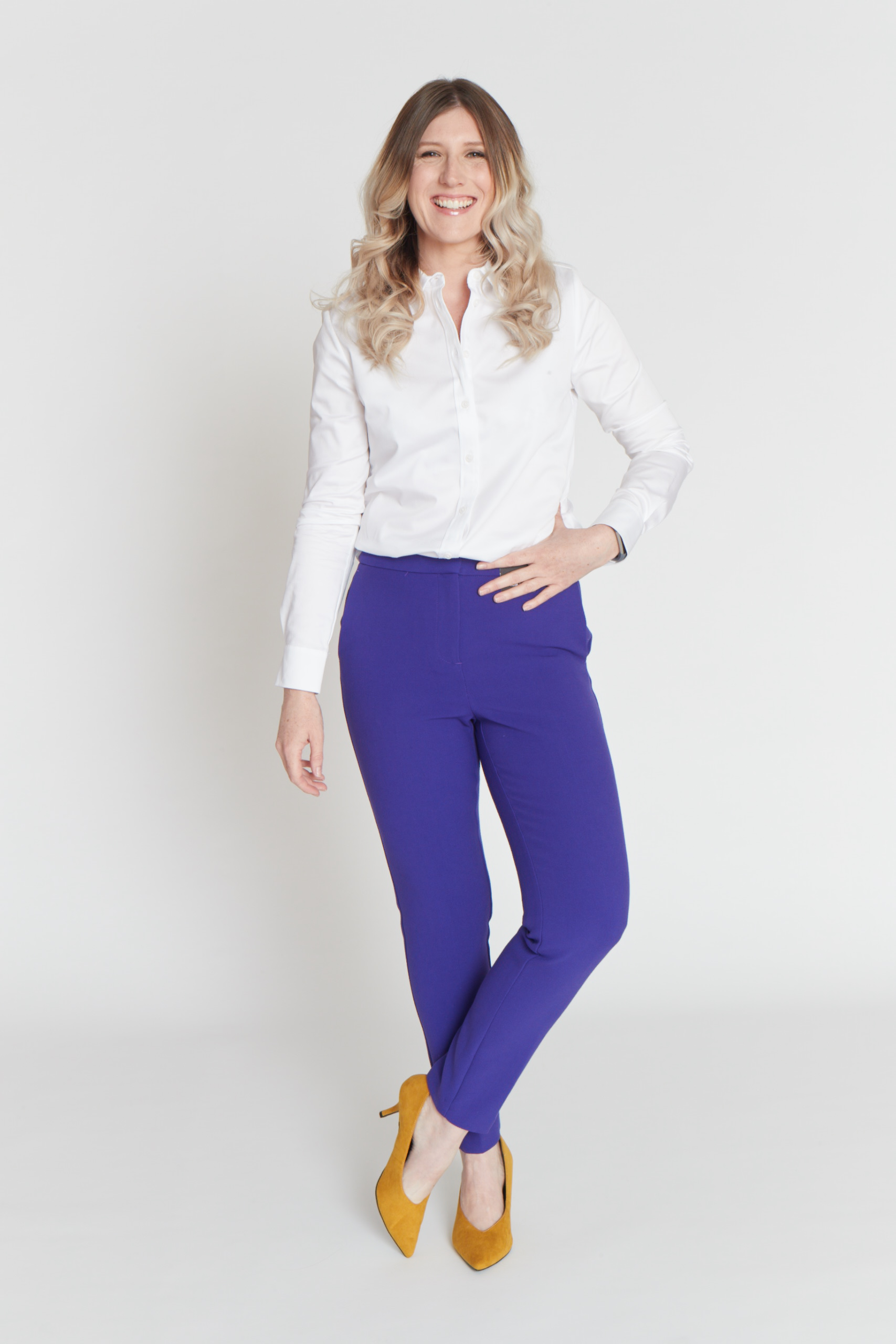 Three years ago, Gemma Cross decided she’d had enough of her frumpy figure. She successfully lost the weight – and here she explains how she’s stayed slim. 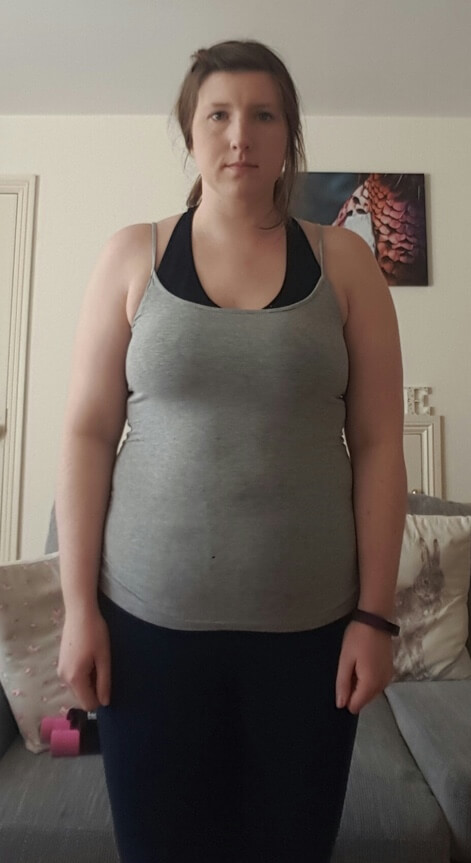 Just before her 30th birthday, Gemma celebrated being crowned Rosemary Conley Online Young Slimmer of the Year. Three years on, we caught up with Gemma, who now combines working full-time with chasing after her four-year-old son Finlay – and is still looking and feeling fabulous!

“I didn’t realise at the time how much my weight was creeping up.”
Before having her son, Gemma was a healthy size 10/12 and lived a fairly active life with a physical job as a housekeeping manager. “It involved lots of walking and being on my feet all day,” she explains. “Plus I was out walking my dog every day.” But like many new mums, Gemma slowly gained weight after giving birth. She stayed home to look after her son and had no real structure to her day, so often found herself dipping into the fridge or food cupboards to get something to eat. She was also tired from having to get up in the night to feed or settle her son, which threw her body clock out of sync. “I felt like breakfast at 4am and lunch at 9am!” The evenings weren’t much better. She and her husband had separated, and she found herself feeling lonely once her son was tucked up in bed. “It was very easy to sit down and get through a whole tub of Ben and Jerry’s ice cream and a bottle of wine.” The combination of unhealthy eating and lack of exercise meant that Gemma’s weight slowly increased, although it took her a while to acknowledge it. “I didn’t realise at the time how much my weight was creeping up. It wasn’t until I saw pictures of myself at my son’s christening that it hit me how much weight I’d put on!”

“It was all about healthy eating and healthy lifestyle choices.”
With her weight topping 13 stone, Gemma decided enough was enough and set herself the target of slimming down in time for her 30th birthday. She was familiar with Rosemary Conley as her mum used her cookbooks, so she decided to join Rosemary Online, following the 3-2-1 diet plan. She found it tough at first, but it soon became easier as she got used to eating less.

In the first week alone, Gemma lost seven pounds. “It was good motivation to keep going,” she says, “although I knew a lot of that was probably water and I wouldn’t keep losing weight at that rate.” Gemma stuck to the diet, and generally lost weight steadily at a rate of two pounds per week, sometimes increasing to three or four if she had done lots of exercise.

For Gemma, it wasn’t just about following a diet but changing her lifestyle. “The reason I think it worked so well for me is because it didn’t feel like a diet. It was all about healthy eating and healthy lifestyle choices.” Gemma also found the other features available on Rosemary Online really useful. It was inspiring to see her measurements come down as she recorded them every two weeks, and watch her BMI (Body Mass Index) move from the orange category to the healthy green one. Gemma also appreciated the friendly, supportive environment online.

Once she reached her goal weight, like many others, Gemma relaxed a little and found that her portion sizes began to creep back up. So she got a pair of kitchen scales and now weighs her food out every day. “It makes it much easier to keep track of how much I’m eating,” she explains. It’s something that is now part of her daily routine, just as eating well is. “I eat fairly healthily, with a lot of protein to fill me up. I’ll have a protein shake for breakfast, chicken breast and vegetables for lunch, and something like steak and salad for dinner. I also eat a lot of eggs. If I want a light meal, I’ll just whip up an omelette.” It’s a far cry from the constant grazing on sugary treats and biscuits that saw her pile on the pounds.

Gemma also tries to be as active as she can each day. “It is harder to fit in exercise now I’m working full-time and have Finlay to look after,” she admits. “I’ll say that I’ll do an exercise DVD in the evening, but it just doesn’t happen.” Instead, she walks everywhere she can, clocking up her steps, and enjoys family activities such as longer walks and bike rides at the weekend.

Happily, Gemma has reunited with her husband, and he shares the same healthy approach to diet and exercise. “It definitely helps that he wants to eat in a similar way,” Gemma explains. “Although we do still enjoy the odd indulgence together. Only now that means sharing some Halo Top ice cream rather than a massive binge!

“I’ve learnt with food that it’s OK to go out for a meal with the family and really enjoy yourself, then just eat a bit less the next day. It’s unrealistic to think you’re never going to have something again. You just crave it more, then binge. It’s better to have a moderate amount as part of a healthy diet.”

“I definitely feel proud of what I’ve achieved.”
For Gemma, the most important aspect of losing weight is being healthier – for her and her son. “I love being able to run around with Finlay, and keep up with him when he rides his bike. I want him to be proud of me too. And I really don’t want to undo all that hard work!” she laughs. “It was tough at times.”

In terms of keeping slim, Gemma advises sticking with portion control. Once portion sizes start getting bigger, it is easy to get used to eating more and for the weight to gradually pile on. She also suggests stepping on the bathroom scales every couple of weeks. “That way, you can keep track of your weight and rein things in quickly if it does start to go up again,” she explains. “It’s easier to lose two or three pounds than half a stone.”

Gemma admits that it took her a while to stop being critical of her size. “Once you’ve been overweight, you can lose sight of your size and always see yourself as a big person. Weighing myself helps with that – if I know I’m at my goal weight, I know my size is fine. I can look at myself in the mirror now and know I look good.” Now she feels more comfortable, she finds shopping and dressing much more enjoyable. “Just being able to wear what I want, to put on a dress, is fantastic. I don’t have to worry about what to wear the whole time!

“I definitely feel proud of what I’ve achieved. A lot of my friends now don’t know me from before and get a shock when I show them the pictures. But it’s not just about losing weight. It has to be a lifestyle change so it doesn’t go back on. It’s about finding a balance.” And with her success at staying slim, Gemma has definitely found that balance.